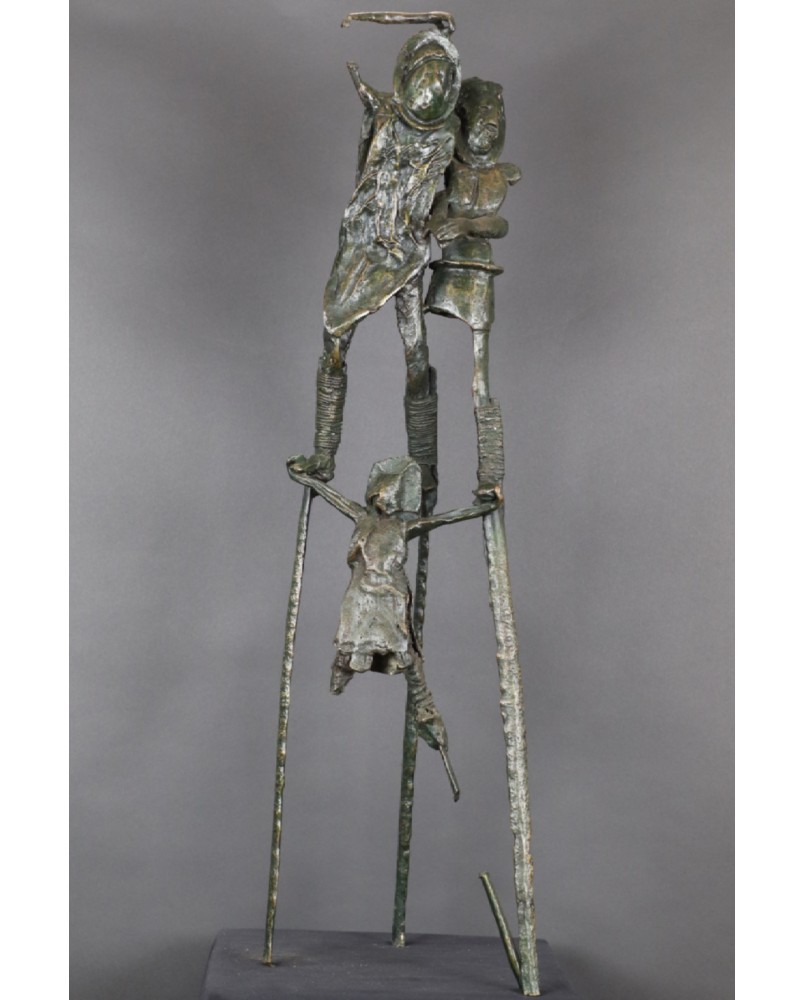 According to one of the portals, most of the outdoor sculptures in the capital of Senegal were made by him or his father.

The artist was born in 1948 in Senegal. His father was a leading sculptor of this country. His son followed in his footsteps and studied at the Modern Pattern Foundery in Los Angeles. All his works are connected with the tribal art of Africa. In his opinion, a traditional foundry symbolizes the four elements - fire, air, earth and water. He travelled extensively through West Africa to learn about the tradition of African bronze casting. The subject of his works is also often a jazz musician, because he is a great enthusiast of this musical genre. In 1966 he organized Chejk Diop - the first festival of black art. Now he is organizing Village des Arts in Dakar - sculptural workshops, which he calls "the dialogue of fire" and to which he invites many artists from Europe. According to one of the portals, most of the outdoor sculptures in the capital of Senegal were made by him or his father. The artist tries to free himself from the power of his father, who has set the bar very high for him. Few of his sculptures appear at auctions in Europe. Between 2004 and 2016 I found twelve sculptures, which were exhibited by the Thierry Lannou gallery with an estimate of 1000-1500 euros.

The offered sculpture is probably a variation of the topic often developed by the artist - the Masai dance. Although at the first moment when I did not know the artist's achievements, I associated it with Rubens' "taken from the cross". A fragmentary approach to the figures, which is supposed to symbolize the disappearing tribal art of Africa. The sculpture is large, 82 cm high, with legs forming a 25 x 25 x 18 cm triangle.