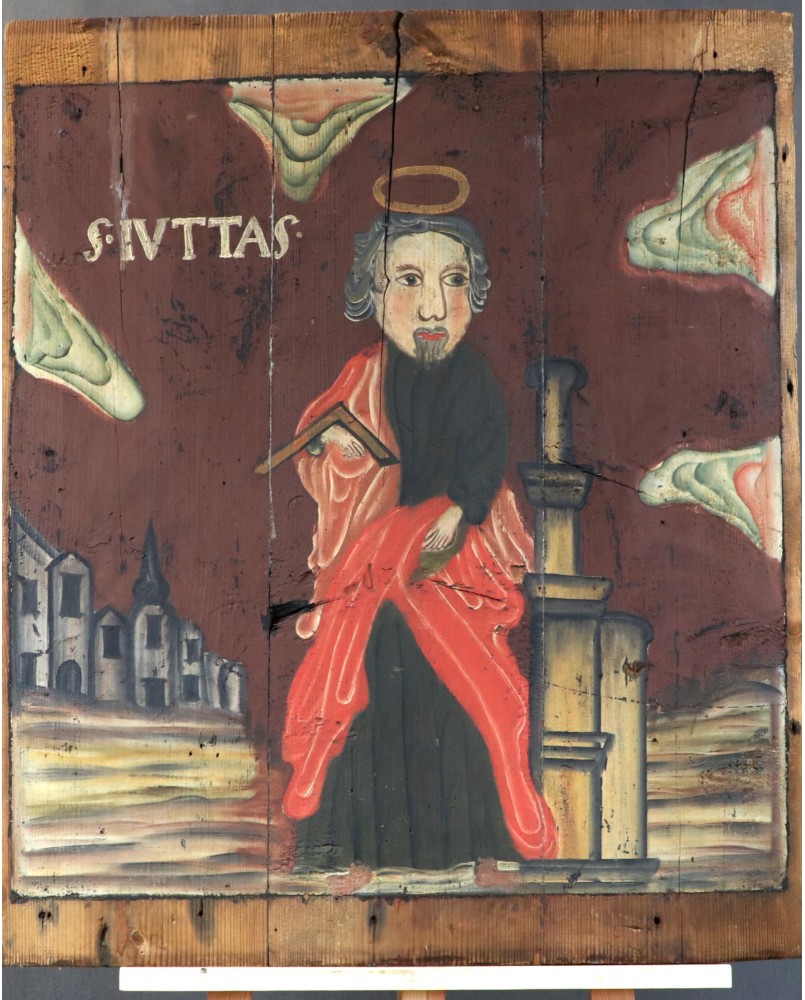 I wouldn't say it is folk art. Let's call it very provincial.

The picture shows an unidentified saint. It is part of an iconostasis from a provincial church, several elements of which I managed to buy a long time ago in France. From a German seller to make it more interesting. It comes from Western Europe. It is hard to say that it is folk art. Let's call it very provincial.

The painting is painted with temper and what is unusual on a black base. It shows a figure of St. Ivttas based on a column or a pillory. The figure holds an angle or some other measuring device in his hand. In the background there is a small church in the town square.

All the paintings I had were painted similarly. The frontal silhouette, some attribute in hand, the background is always architecture or landscape. Inextricably clouds and the Latin name of the saint. The same range of colors. Very similarly schematically painted faces, robes, elements of the background.

The painting offered is an example of naive religious painting. I would date it to the beginning of the 19th century, though it looks archaic enough to be painted three hundred years earlier. Painted on 85 by 71 cm pine planks.